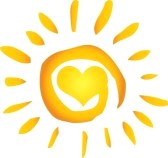 Why we add Vitamin D3 to Auum Omega 3?

Vitamin D helps in the normal development and maintenance of bones and teeth. It also helps in absorption and use of calcium and phosphorus.

Vitamin D receptors are located in our brain, spinal cord and CNS. In fact almost every type of cell has receptors that respond to Vitamin D. Current research indicates that the master key required to enter the CNA library that is in each of our cells is activated Vitamin D. This is how our cells determine the correct response or action when they encounter almost any stimulus. Thus Vitamin D is truly essential for good health.

Vitamin D3 is what you need.

A deficiency in Vitamin D3 has been linked with increased risk of a host of diseases and associated inflammation, i.e. asthma, autism, diabetes, Alzheimer’s, cancer, MS osteoporosis, SIDS, insomnia, Crohn’s, depression, obesity, etc.  Continuing research shows just how essential Vitamin D is and that many, if not most, are deficient when serum levels are measured. 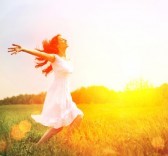 When supplementing, it is important that we get the correct type. Vitamin D3 (cholecalciferol) – is the natural one.  The one our body can efficiently further convert into the more active form for use. This natural Vitamin D3 is in Auum Omega 3 Sublingual D. Because Vitamin D is fat soluble, taking it with your Omega 3 supplement sublingually is by far the most efficient way to get maximum benefits.

The Canadian Cancer Society began recommending that all adults consider supplementing with 1,000 IU of Vitamin D3 daily in June of 2007.

Recent studies have found that a vast number of children are deficient in Vitamin D.

Read more below regarding Vitamin D and certain conditions.

The Flu and Other Conditions

Vitamin D is important on many different levels, one importance involves the flu. Please note that it is has not been established as to what levels of Vitamin D is toxic and it may very well be different by person, and the different source of Vitamin D taken. More studies and research is being conducted. Influenza May Be a Sign of Vitamin D Deficiency

There is compelling evidence showing that flu may in fact be a sign of Vitamin D deficiency.

In addition to scientific studies on Vitamin D levels and the seasonality of the flu, an analysis of CDC data indicates that Vitamin D deficient children are also at higher risk of death from the flu.

The data shows that almost two-thirds of 36 children who died from H1N1 had epilepsy, cerebral palsy, or other neurodevelopmental conditions like mental retardation.

All of these neurological conditions are associated with childhood Vitamin D deficiency.  Exacerbating the problem further, many of these kids take anticonvulsant drugs, which also lower Vitamin D levels.

In addition, in a large study involving about 19,000 Americans, people with the lowest Vitamin D levels reported having significantly more recent colds or cases of the flu — and the risk was even greater for those with chronic respiratory disorders like asthma.  At least five additional studies also show an inverse association between lower respiratory tract infections and Vitamin D levels.

Vitamin D may very well be one of the most beneficial vitamins there is for disease prevention, including the flu.  Unfortunately it’s also one of the vitamins that a vast majority of people across the world are deficient in due to lack of regular exposure to sunshine.

Part of the explanation lies in the fact that Vitamin D, which forms when your skin is exposed to sunlight, regulates the expression of more than 2,000 genes throughout your body, including ones that influence your immune system to attack and destroy bacteria and viruses.

Hence, being overwhelmed by the “flu bug” could signal that your Vitamin D levels are too low, allowing the flu virus to overtake your immune system.  In addition, a number of studies show that the higher your Vitamin D level, the lower your risk of contracting colds, flu, and other respiratory tract infections in general.

Dr. Michael Holick estimate that 50 percent of the general population is at risk of vitamin D deficiency and insufficiency.

“Our findings indicate that Vitamin D is associated more closely with glucose metabolism than obesity…The study suggests that Vitamin D deficiency and obesity interact synergistically to heighten the risk of diabetes and other metabolic disorders.  The average person may be able to reduce their risk by maintaining a healthy diet and getting enough outdoor activity.”

It’s not the first time Vitamin D has been shown to play a role in diabetes.  One Indian study found that Vitamin D and calcium supplementation in combination with exercise can prevent prediabetes from progressing into full-blown diabetes.  For every unit increase in Vitamin D levels, the risk of progression to diabetes in people with prediabetes went down by 8 percent.

Based on the most recent research, the current recommendation is 35 IU’s of Vitamin D per pound of body weight.

There is no way to know if the above recommendations are correct.  The ONLY way to know is to test your blood.  You might need 4-5 times the amount recommended above.

However, it’s important to realize that Vitamin D requirements are highly individual, as your Vitamin D status is dependent on numerous factors, such as the color of your skin, where you live, and how much sunshine you’re exposed to on a regular basis.

So, although these recommendations may put you closer to the ballpark of what most people likely need, it is simply impossible to make a blanket recommendation that will cover everyone’s needs.

The ONLY way to determine the correct dose is to get your blood tested since there are so many variables that influence your Vitamin D status.

Ideally, you’ll want your Vitamin D level to be between 50-65 ng/ml, year-round. In Canada and Europe, your test results may come back in ml/L.  To convert ml/L to ng/ml, simply divide your result by 2.5.